Get A Quote For Meth Testing &/Or Remediation Now

Methamphetamine is of national concern (ACC 2014), but what does this statement mean to frontline police officers? In real terms it means that frontline police are required, on an increasingly frequent basis, to engage with methamphetamine users. This presents a number of challenges to police. First, methamphetamine intoxication and withdrawal can impede an individual’s ability to follow police directions. Second, use is associated with behavioural and psychological disturbances, including aggression, which can increase the risk of harm for the police and members of the community. Third, the user is at increased risk of serious physical harms when in custody due to the effects of intoxication or withdrawal. Risks to the user may be exacerbated by physical exertion during interactions with police or due to use of restraint by police. Being armed with information about what methamphetamine is, the nature and extent of use of methamphetamine among Brisbane police detainees, and details of the Brisbane methamphetamine market can assist police to identify risks to themselves and others.

The Australian Institute of Criminology’s (AIC) Drug Use Monitoring in Australia (DUMA) program interviews police detainees at selected police stations and watch houses across Australia on a quarterly basis. The Brisbane watch house is one of the DUMA data collection sites. Detainees present at the Brisbane watch house during data collection are asked to complete an interviewer-assisted self-report survey on their use of alcohol and other drugs and offending habits. Urine samples are also requested twice a year during data collections. Urine samples are subjected to urinalysis at an independent toxicology laboratory to detect the presence of a number of licit and illicit drugs, including methamphetamine. Participation in DUMA is voluntary and confidential. Since the program commenced in 1999, 52,859 detainees have been interviewed and 37,774 urine samples have been collected nationally. The data presented in this report was collected during Quarter 1 (January–February) and Quarter 2 (April–May) of 2015 at the Brisbane Police Watch House.

In 2015, 381 adult detainees were interviewed in Brisbane. They were, on average, 33 years of age. The majority of detainees interviewed by the DUMA program are male (approximately 84 %), which is representative of the gender composition of the overall Australian detainee population. Due to the small number of juveniles interviewed during this period (17 year olds; N=11), they were excluded from analysis.

For more information about DUMA, or to access DUMA publications, please visit: http://aic.gov.au/about_aic/research_programs/nmp/duma.html

Methamphetamine is a stimulant, as is cocaine. It hastens the messages from the user’s brain to their body, resulting in feelings of alertness, confidence, energy and wakefulness (ADF 2014). However, unlike cocaine, which has a half-life (the amount of time it takes for half of the dose consumed to be eliminated from the user’s body) of one to three hours, the half-life of methamphetamine is eight to 13 hours (Barr et al. 2006). For police, this means they will be required to manage the effects of intoxication and withdrawal of users in custody over a much longer period of time.

Methamphetamine use has been associated with anxiety, mood disturbances, paranoia, visual or auditory hallucinations, delusions and psychosis (McKetin et al. 2013). Psychosis is a state where the mind loses contact with reality. These symptoms, and intoxication itself, can result in the user having difficulties with communication and interpersonal interactions (Sommers & Baskin-Sommers 2006). It is through the intensification of emotions, heightened arousal or difficulties communicating that the increased risk of violence or aggression may occur (Sommers & Baskin-Sommers 2006). Methamphetamine use is also associated with physical harms to the user such as elevated blood pressure, increased pulse, raised temperature, cardiac arrhythmias and myocardial ischemia (Henry-Edwards et al. 2003).

Methamphetamine Use Among Brisbane Police Detainees

Trends in methamphetamine use

Figure 2. Brisbane detainees, by form of methamphetamine consumed on last occasion of use, 2015 (%)

Descriptions provided by Brisbane detainees further highlight this perception of decreased quality of methamphetamine on the market:

‘The quality of methamphetamine at the moment has greatly decreased.’

‘Quality is overall decreasing while still paying the same price. So in a sense, it is becoming more expensive to use meth as you need more of it to get a good effect.’

‘The quality of methamphetamine has greatly declined. Producers of it are using degreaser in their products.’

Descriptions provided by Brisbane detainees interviewed in 2015 further illustrate a decrease in price:

‘Meth is getting cheaper and there is a lot more of it around. Currently you can get 1.5 points for $50. It was $100 for this amount originally.’

‘Ice is extremely cheap at the moment at about $30 a point.’

What Does This Mean For Frontline Police?

A proportion of detainees (21%) reported the quality of methamphetamine is decreasing. Price was also reported as decreasing by 15 percent of detainees. These two findings may be linked, as lower prices can be an indication to the buyer of the purity they would expect to find upon transaction (Caulkins & Reater 1998). Alternatively, lower prices may be due to more sellers entering the market, with prices falling due to increased competition (Caulkins & Reater 1998).

The findings suggest Brisbane police officers spend a substantial proportion of their time engaging with, controlling and managing methamphetamine users. Identifying risks and implementing harm-minimisation strategies can reduce the potential risk of harm for the police and the user. Harms may include potential exposure to bloodborne diseases. Over two thirds of users reported having injected methamphetamine in the last 12 months, making exposure to bloodborne diseases likely. Police may also be at heightened risk of harm during interactions with methamphetamine users, with intoxication and withdrawal resulting in difficulties in communication, intensified emotions and psychological disturbances. Finally, police will be required to manage risks to the user. The interaction between intoxication effects and physical exertion can present a number of physical health risks to the user including seizures, cardiac arrest and organ failure (Baker, Whyte & Car 2004).

The National Drug Strategy guidelines for police services suggest a number of strategies to reduce risks associated with psychological and physical side-effects of use. These include:

All URLs correct at September 2015 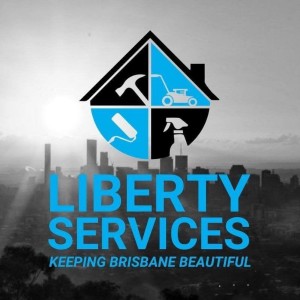 Get A Quote From Liberty Services Here

Things to Consider When Designing Brisbane Pools and Landscapes

Small Landscaping Jobs Brisbane that Can Improve Your Property